The magnificent Marigalante pirate ship has been a Banderas Bay sailing icon since its seven-year construction was complete in 1987. Since then, the painstaking replica of Christopher Columbus’ Santa María has sailed around the world to a total of 87 ports as far away as Spain, Japan, and South America. Today, it’s the most popular party boat and pirate ship in Puerto Vallarta, offering exciting tours with rowdy live shows, hearty buffets, and an open bar for ages 18 and older.

Built in part to commemorate the 500th anniversary of Columbus’ famous voyage in 1492, the Marigalante galleon is as an exact replica of the explorer’s Santa Maria – down to each piece of wood. Altogether, it weighs a total of 700 tons, measures 159 feet long (with sails stretching over 4,000sq-ft), and can comfortably entertain 240 passengers across its four decks. This 6-hour tour features the usual swashbuckling sword fights and canon blasts, plus a stop at Majahuitas Island for a treasure hunt and fun in the sun. With two banana boats, eight kayaks, fifteen boogie boards, snorkeling, and beach volleyball, it’s safe to say the pirates never had it this good! 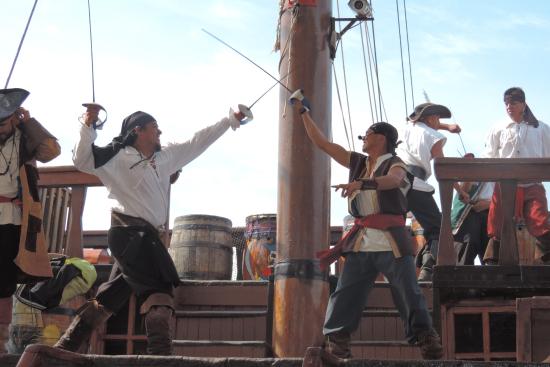 Pirates of the Bay Night Tour

The majestic Pacific sunset and a nightly fireworks show rival the wild entertainment you’ll enjoy onboard during this 4-hour evening tour. The Last Night Saskatchewan Pirate is a similar experience, specially tailored for Canadian visitors (Tuesdays and Thursdays at 7pm). 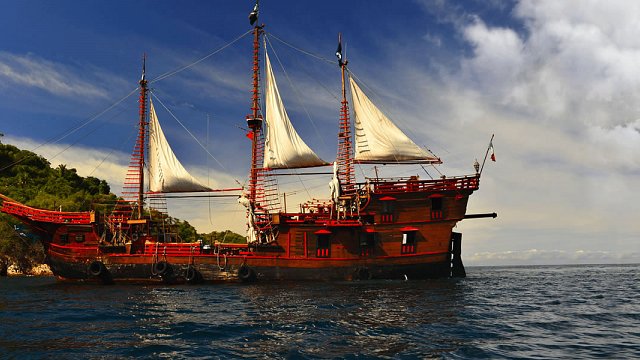