It’s almost Christmas and a very special character will arrive to our homes:  Santa Claus. Described as a man that looks plump, wears a red suite, abundant white beard and says “hohoho”. Famous for his sleigh and bag full of gifts, Santa Claus is a good and noble man but some people may not know the origin of this particular icon.

This month, Santa Claus travels to the beaches of Riviera Nayarit, to spend Christmas time with the children. Go aboard on the Grand Velas Riviera Nayarit little train, and live adventures and many surprises. Santa Claus will arrive this December 25th at 11 am, and will give gifts to all the kids.

The story of Santa Claus goes back to Nicholas Bari, a child who belonged to the high class of Turkey, recognized for his friendliness and kindness to poor children. When he grew up, his lie took an unexpected turn with the death of his parents, inheriting the family fortune. From that moment, he donated all his wealth.

Years later, he decided to move to Mira, to study and graduate of priesthood. There, he was popular for his charitable acts, and people named him “Saint Nicolás” –in our times is named Santa Claus.

Some say that Santa Claus was created as part of an advertising product; others say that it was originated during Civil War in 1863.Experience the best of this celebration and the inspiring essence of this character; come and enjoy the best of Santa Claus, the story never told in Riviera Nayarit. 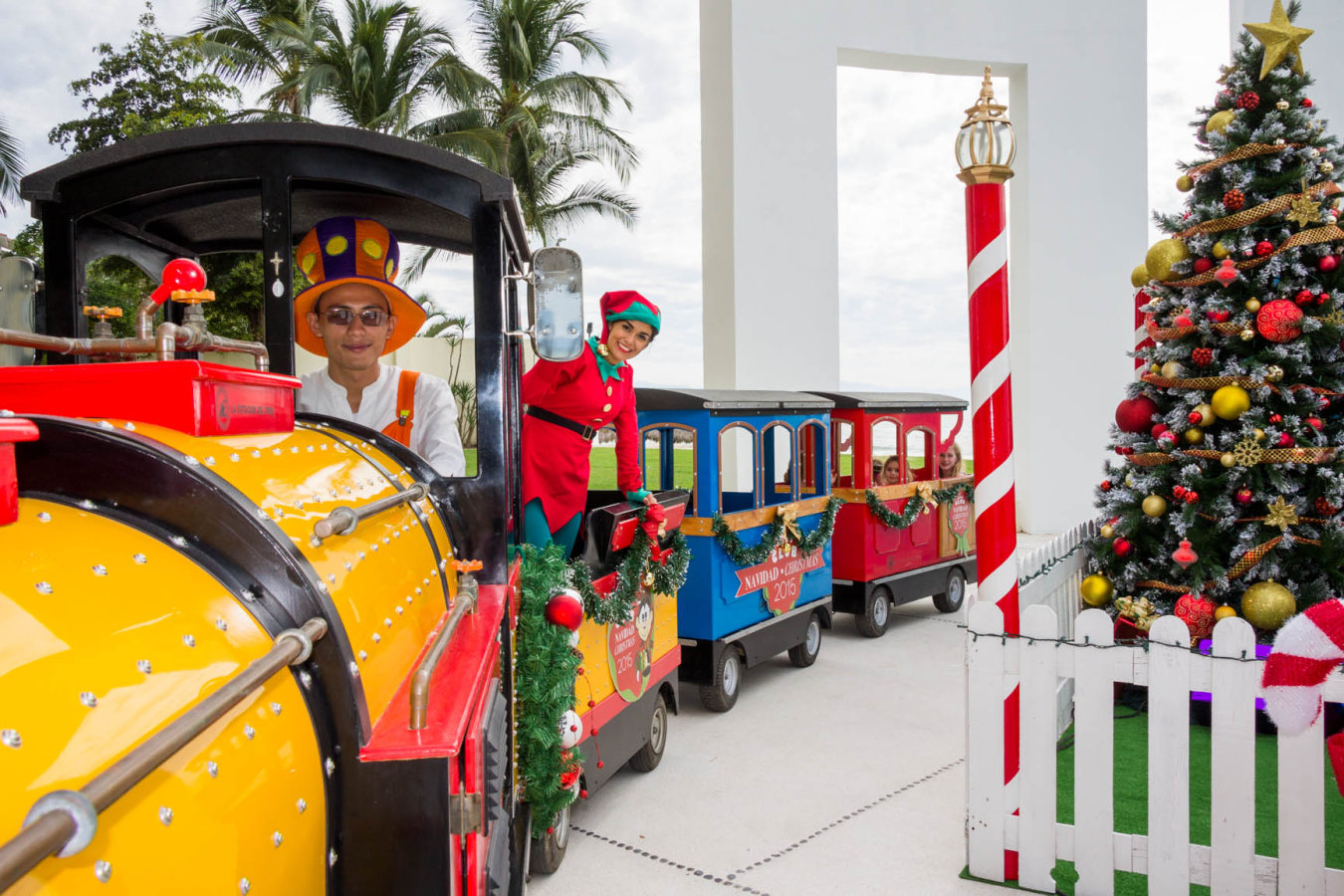