Rhythms of the Night — Savia: Magic, Acrobatics, Dance and Fire " />

Rhythms of the Night — Savia: Magic, Acrobatics, Dance and Fire

Inspired by “The Legend of the Five Suns”, Vallarta Adventures started the year presenting a new production as part of the incredible Rhythms of the Night show. 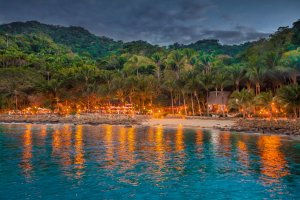 Rhythms of the Night is one of two tours Vallarta Adventures offers to the paradise called Las Caletas. The show is held under the moonlight, allowing you to fully appreciate the fascinating visual effects.

The climax of the experience takes place in a spectacular amphitheater where “Savia” is presented. This new production combines acrobatics and dance with elements such as fire and water, surrounded by the natural scenery of the breathtaking beach.

Rhythms of the Night — Savia

Savia was created by Gilles Ste-Croix, co-founder of the Cirque du Soleil. Eugenio Caballero, Oscar award winner for art direction in the Pan’s Labyrinth film, was in charge of the set design. 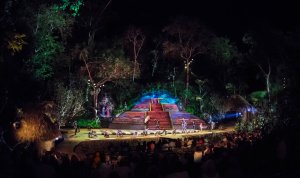 From the moment you get off the boat and arrive at the amphitheater, you are accompanied by characters that guide you into the world of Savia. Here, every detail of the setting is impressive.

The legend tells the creation of our planet and humanity. The Five Suns refer to the five periods the Earth goes through, and in each one a deity reigns. In each of the periods, when the settlers reached their highest splendor, a natural catastrophe occurred and all traces of humanity disappeared. After a while, man was reborn, but under the reign of another deity.

This incredible production tells the story of how the ancestral spirits visit the people of Savia every night to offer them shows full of mysticism, music, dance, and fantastic acrobatics. 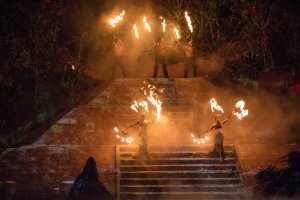 The show’s acrobatics with fire are the most impressive for spectators. It is visually stunning.

This magical experience is a total of five hours of mesmerizing views, great food, and fun. Before the show starts, I recommend turning off your cell phone flash to avoid breaking the magic and distracting the artists on stage.

Rhythms of the Night is a must on your next visit to Puerto Vallarta. To book, visit: vallarta-adventures.com/en/ 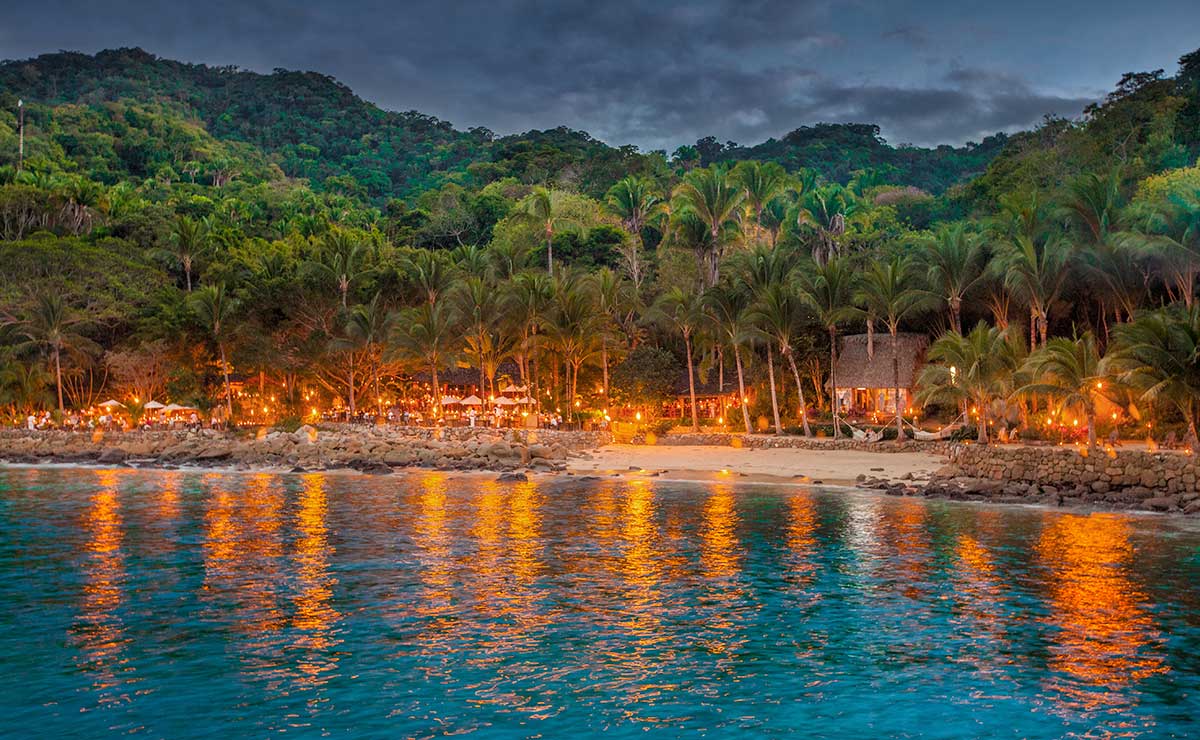