These beautiful chelonians have inhabited the earth for approximately 150 million years. Resistance and adaptability have been the most powerful tools of these animals to fight for a place in evolution, but it was not until recent times that their permanence among the animal species that populate this planet was threatened, mainly by human extraction – which is its main predation factor. 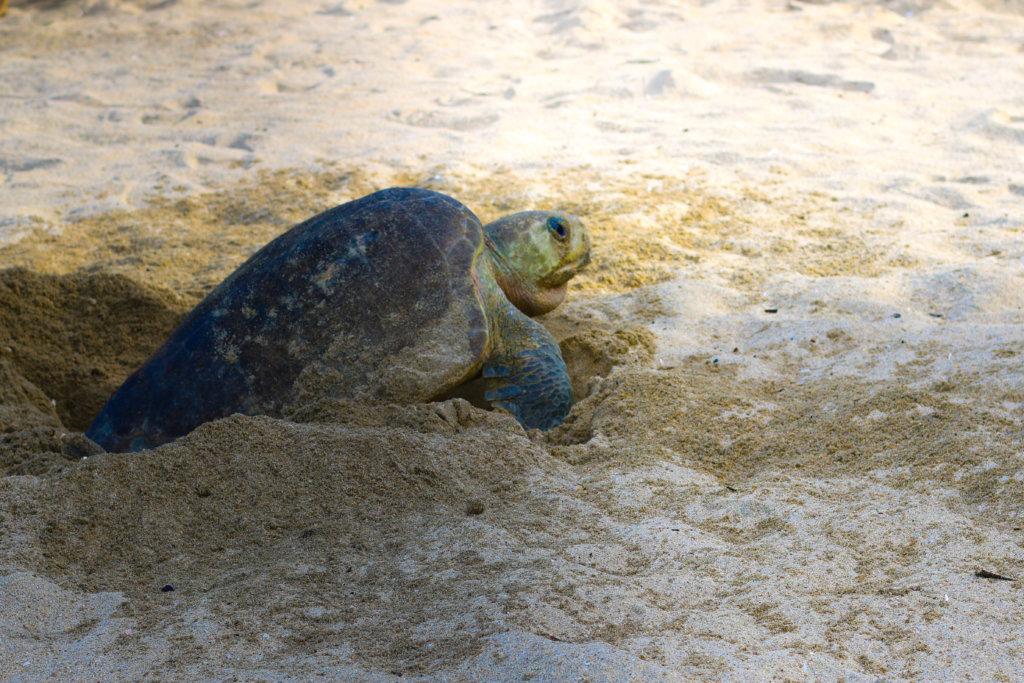 Mexico has undertaken, since the 1960s, the task of preserving and researching sea turtles that nest on the 17 beaches that we have the privilege of calling their ‘summer home’*, scattered throughout the Pacific coast, the Gulf of Mexico and the Caribbean. This work stands out internationally for being a pioneer in the environmental policy of protection and conservation of the species.

*The waters of the oceans are the natural habitat of sea turtles, leaving their habitat only to deposit their precious eggs and provide a safe place for their young to incubate during the summer.

In Puerto Vallarta brave protectors have arisen, a group of people from civil society committed to conservation tasks, and who have achieved the Olive Ridley Turtle’s elimination from the list of “endangered” species; it is now listed under the “vulnerable” category. This news is quite encouraging for Vicente Peña from the Red Tortuguera association, who has been an activist and protectionist since 1986.

On the coastline between the Boca de Tomates Turtle Nursery and Velas Vallarta –a pioneer hotel  in the care of this species which has ‘adopted’ this a nearly one-mile stretch of land by providing donations to maintain the conservation work–, the tasks of patrolling, cleaning and preserving the beaches have been fundamental in achieving the highest percentage of hatchling births in the entire destination. In 2017 alone, the successful number of 70,803 births of these specimens was reached, representing 87.6% of hatchlings ready to start their life cycle. 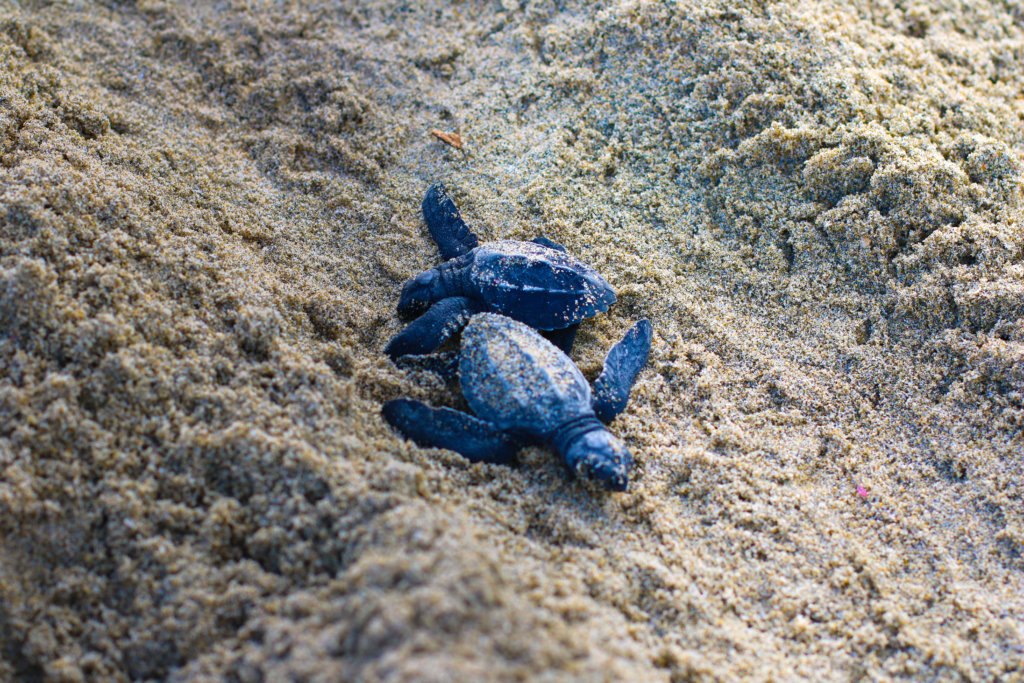 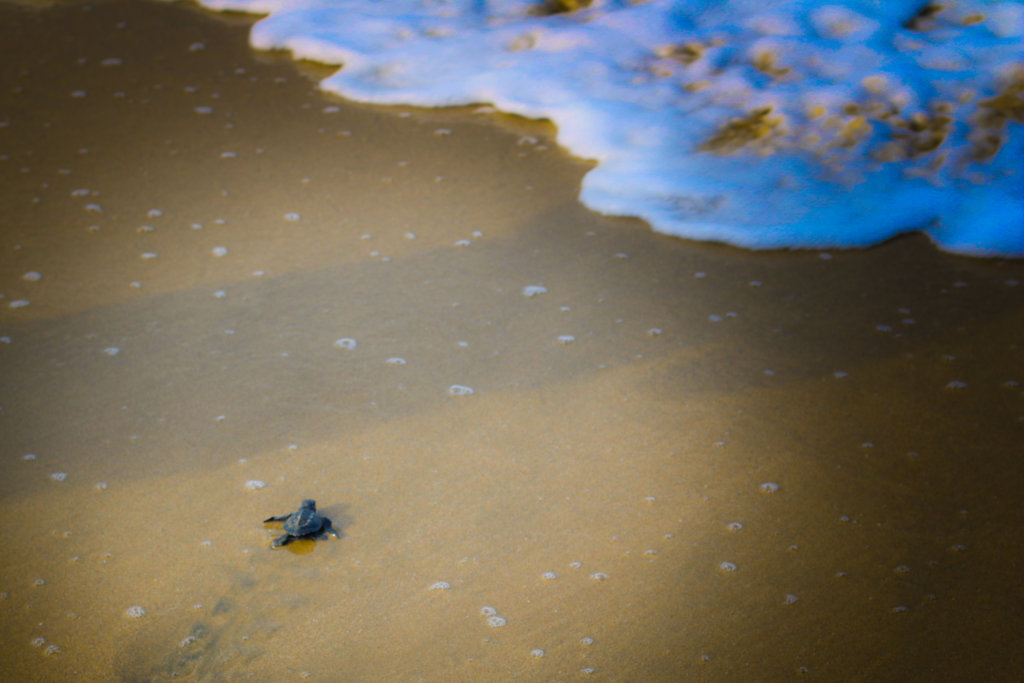 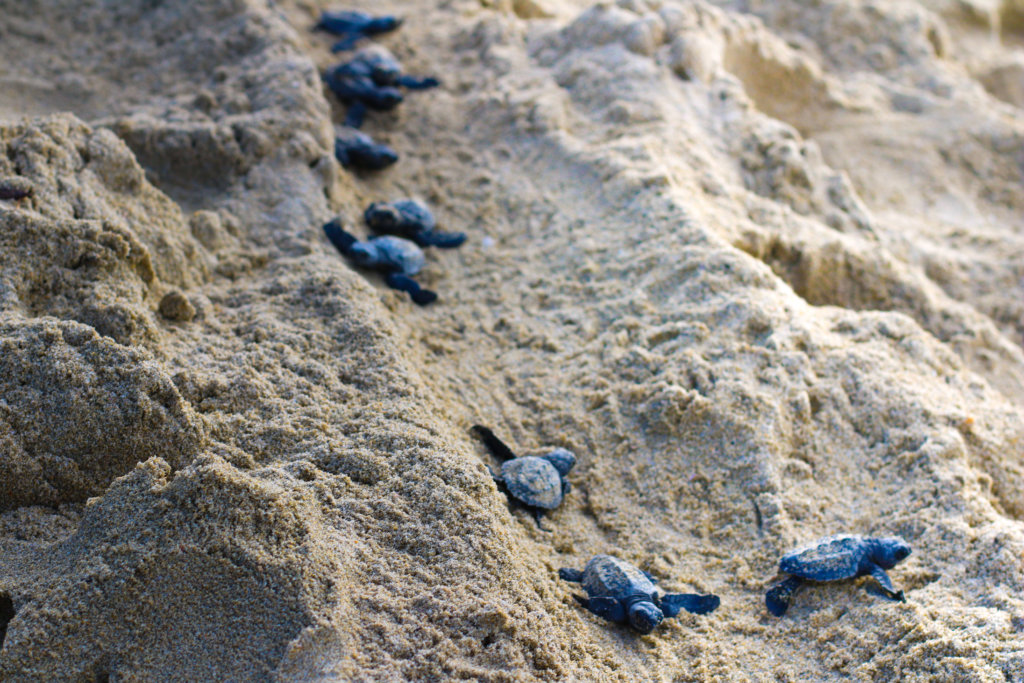 It is in this place where leatherback turtle hatches were released in 2017, a species that is regularly seen in Hawaii (on the same latitude as Puerto Vallarta), Europe, the east coast of the United States, Asia and Africa.

The miracle of life is in our hands.

Let’s help preserve this species that allows us the honor of witnessing its struggle to remain among us. 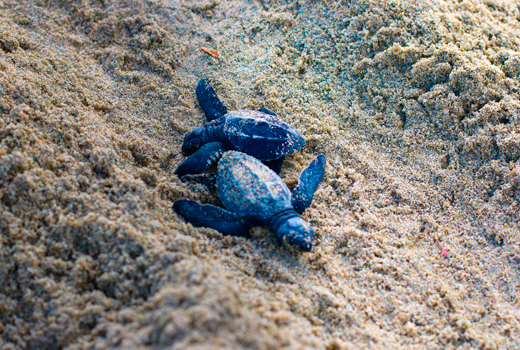