Mukimono: Art with fruits and vegetables

This art form originated in China in the 16th and 17th centuries during the Tang Dynasty. Since that time it has spread to countries such as Japan, Korea, Thailand, the Philippines and now Mexico.

Among the most common vegetables used are carrots, radishes, cucumbers, bell peppers and celery. The most often-used fruits are cantaloupes, kiwis, apples, watermelons, pineapples, papayas and citrus fruits such as oranges, grapefruits and tangerines. At Casa Velas a Mukimono demonstration is given once a week as an activity for guests, lead by Executive Chef Antonio Martínez. 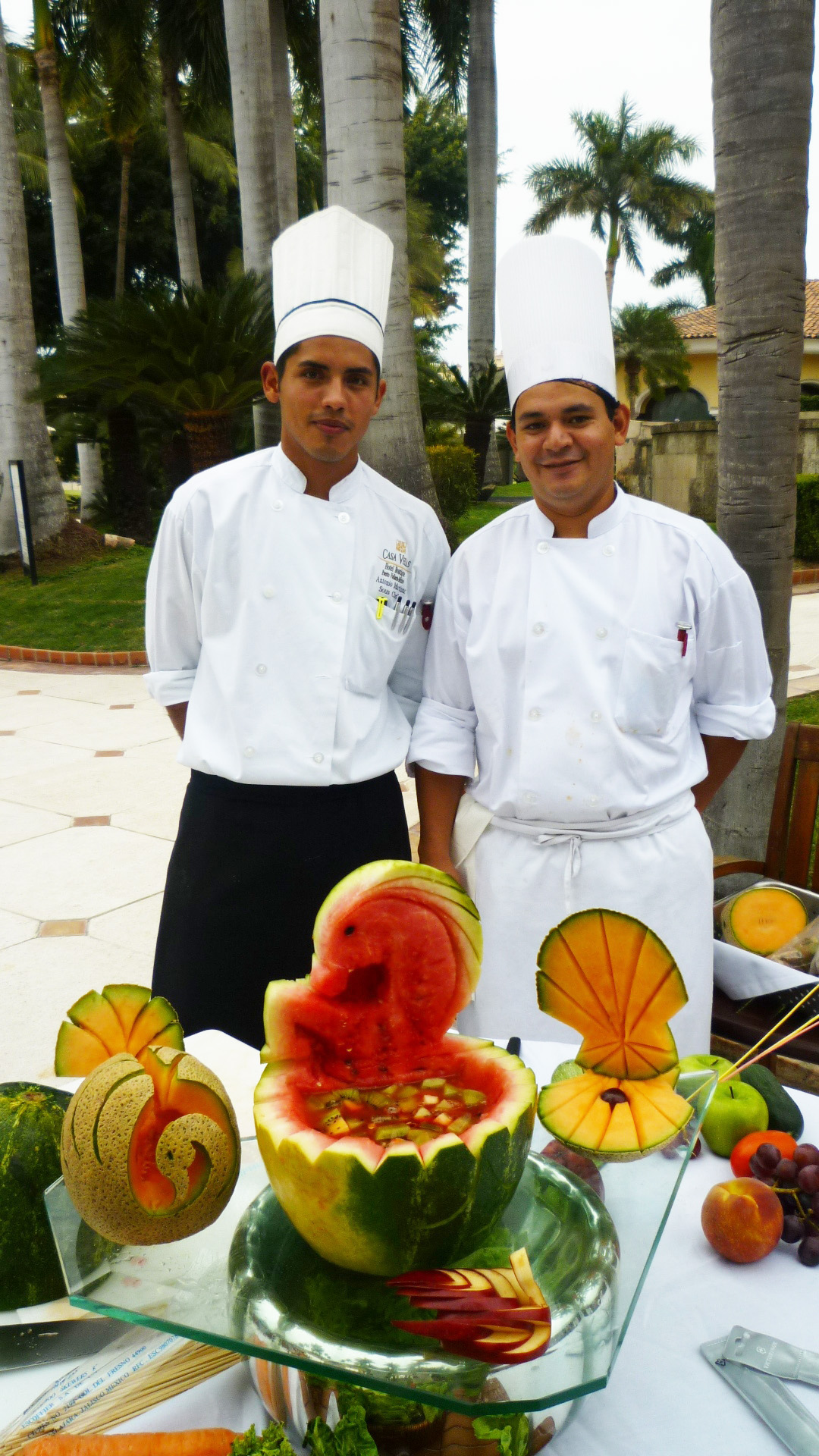 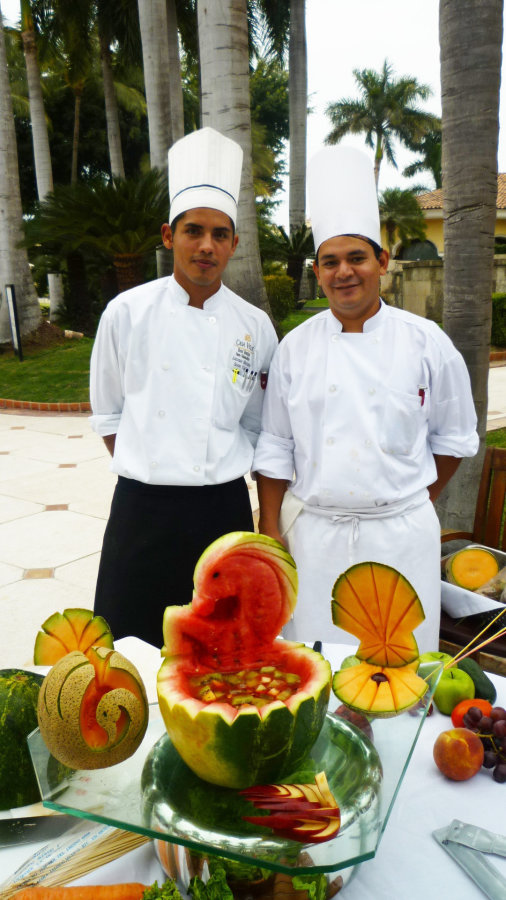