Midnight is dark, and hides all kind of mysteries. Is the perfect hour to relate stories about the destination. During the last week of October, we will share you some stories about Puerto Vallarta and Riviera Nayarit. 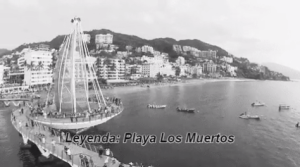 Why the name Los Muertos? Playa Los Muertos is one of the most well-known and frequented beaches in Puerto Vallarta, among both tourists and locals. There are three popular legends that talk about how it got its name, which I present you with below:

1.- The first speaks of a great battle which took place here. In ancient times pirates used to to come to the port; they came ashore and devoted themselves to robbing everything they could from the townspeople. Fights between residents and pirates continuously arose; one of these escalated into a large battle; they say it was like a war. There were so many deaths on both sides that this was how the beach came to be called the beach of the dead.

2.- It is said that at some time, this beach was a graveyard, but when the city was settled and grew, they had to build a cemetery outside of the city. For this reason, the beach was always called Playa Los Muertos.

3.- The last one is the best, and it’s also about pirates. They say that when Puerto Vallarta was a small port, pirates came to hide treasure here, and buried it on this beach. Only their captain knew its exact location. One day, he forgot; he went to look for it but found nothing. In his desperation, he ordered his crew to find the treasure. After long hours of searching, one of them found the Captain’s great fortune. His greed took over and he wanted to keep it secret, to have it all for himself. When they found out, the other pirates and the captain fought over the loot. None survived the fight, and when the townspeople saw the remains of death on the beach they decided to call it Los Muertos.

This legend is originally from the region of Boca de Tomates, in Puerto Vallarta, Jalisco. It tells the story of Pancho Jimenez, a man who believed deeply in the anecdotes recounted by his acquaintances about a Gentile, a hybrid of human and fish that was over six feet tall.

His friends, Sabino Rhon and Tiburcio Leyva, told him that one morning, during their fishing routine off the beaches of Jarretaderas, they saw the gentile and tried to catch it with a cast of their net. It tried to fight back but Sabino sunk a machete into its chest, causing it to flee along with the net. Sabino’s children, Tico and Julian, also claimed to have seen from afar, but when they approached it, it hid beneath the waves of the sea, leaving giant duck-like footprints in the sand. Another story describes the experience of “Botillas” and “Chinto Cabrestero”, who one night set out some traps to catch crabs. What they got was a confrontation with the creature, who they managed to scare away with torches made of rags.

One day, Pancho Jimenez (nicknamed “Pacho Lies” because no one believed him), finally saw the gentile on the rocks in front of La Cruz de Huanacaxtle. This strange being with green, scaly skin, was sitting on the rocks, basking in the sun…and had the machete in his chest, which Sabino had stabbed him with years ago.

Pancho returned home and decided to remain silent. His wife insisted that he tell her what had happened and he did. She, in turn, told his children, but continued to doubt his word. It is said that since that day, the gentile has made his fleeting appearances in Quimixto, Bucerías, Mismaloya and Punta de Mita.

Pancho decided to go and look for the gentile again but he never returned home. On the third day, they found his canoe in the middle of the bay and declared him dead.  They thought that, immersed in his madness, he had thrown himself into the sea. 15 days after his disappearance, Pancho was revealed in the dreams of his granddaughter Delgadina, saying, “I do not know where I have been, or whether I can return. I am fine, do not worry. I am happy. I enjoy scaring gentiles in a world of light and reflections where, like me, everything is glass. ” 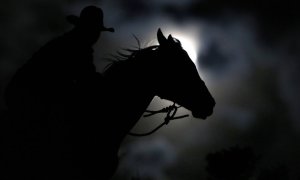 The dark horseman is one of the most feared apparitions in Mexican folklore.

Be careful when walking in the rural areas of Mexico; it is said that in the darkness of night a shadow appears. The shadow is of a man dressed completely in black horseman garb; mounted on a horse of the same color, with a gleaming coat, but his eyes are so terrifying that they seem to spit hellfire.

Some people say that when close enough, you can see the color of his skin; completely white. He covers his face and eyes with the broad brim of his hat; and in his hands (with bony fingers and long nails) he carries a bag full of gold coins, which offers to the walkers he passes. No one dares to accept them, for fear of what they will have to give in return.

Others say that he is a very kind person; he begins a conversation and there comes a time when he offers you a lift. If you accept, he goes with you into the dark of the night and disappears. If not, he simply goes on riding.

On the Cerro de la Villa, a villager in Toliman, Jalisco, saw him. The appearance happened by a waterhole near the hill. Here, several people have claimed to see the shadow of a rider on horseback around the Riviera Nayarit and Puerto Vallarta.

This legend is originally from the town of Ixtlahuahuey, located in Cabo Corrientes (in the state of Jalisco).

The old people of the village say that many years ago there was a witch who bewitched men to be with her. Women also went to her to have her do dark work for them. During the festival of El Tuito she became an owl with black feathers and rose in flight. When she arrived at the celebration she became a stunning young woman, who mesmerized men with her beauty.

With hair as black as gloom and cinnamon-colored skin, Elisa drove men to madness. The old women who knew her said she needed only a tiger skin to become immortal.

The gossips say that time passed and her sister arrived; Fernanda. The hatred between them became more and more apparent, and the day came that they both fell in love with a Spanish soldier with no name, and that he, shamelessly, was with the two.

Fernanda, full of rage, gathered the villagers to reveal the secret of how to kill Elisa, which was to burn her at the stake. Elisa’s last request was that they bring her the little box from inside the house. When they took it to her, they threw it on the stake where it slowly burned.

From the ashes, a black owl emerged; each time it appears it is an omen of death. 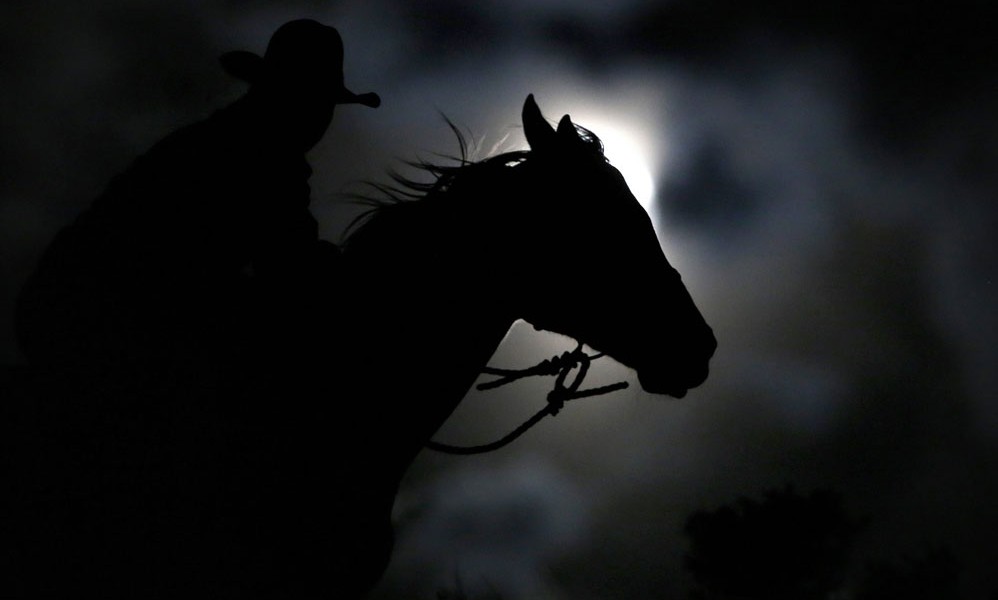