Behold the Puerto Vallarta Flying Men of Papantla on the Malecón " />

Behold the Puerto Vallarta Flying Men of Papantla on the Malecón

Dating back roughly 1,500 years, the Papantla Flyers have been performing the gorgeous yet death-defying ritual as an expression of faith. Behold their magnificent feat as they swing from a 50ft pole down to the northern Malecón, several times daily.

You may not know it, but an ancient Mesoamerican ritual soars over PV’s famous Malecón several times each day – and it’s completely free to watch (though tips are highly encouraged). Crowds gather near the start of the waterfront boardwalk’s north end to watch five brave men climb a 50-foot pole, just for four to swing down by ropes tied to their ankles, while the fifth remains at the top, playing his flute as they descend. These are the Voladores de Papantla (Papantla Flyers, or Bird-Men).

The ceremony begins as five men adorned with feathers, mirrors, embroidered flowers, and intricate symbols approach the pole and climb it. At the top, one man takes his spot in the middle of the other four, standing on a platform as he plays his flute, stomps his feet, spins and dances. Then, his fellow dancers lean back and begin their descent, spiraling to the ground while playing instruments of their own in unison to the “Son del Vuelo,” or “Flight Song.” 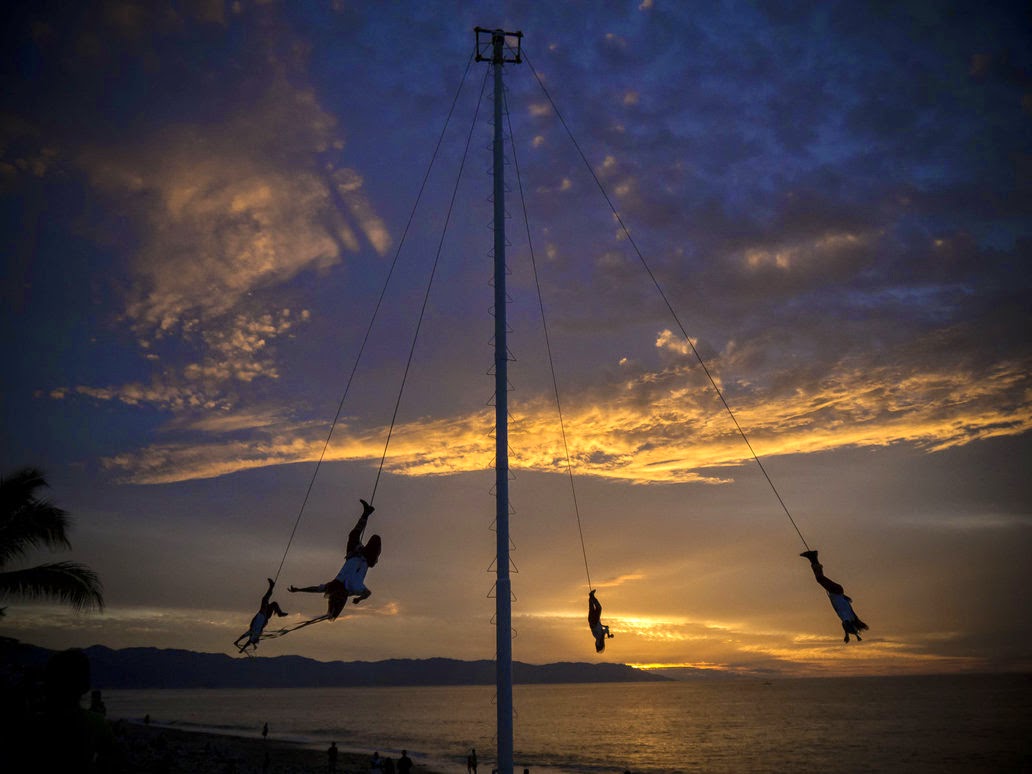 What Does it All Mean?

It’s believed that the ritual dates back to a time of extreme drought roughly 1,500 years ago, originally aimed at pleasing the Totonac Gods of the Sun (Chi’chini), Rain (Tlaloc), and Fertility (Xipe Totec). In fact, the four “flying” dancers represent the four elements – earth, wind, fire, and water. Another aspect of note is that the “flyers” spin around the pole 13 times. How is this significant? Consider the fact that there are four dancers: 4×13=52. There are 52 weeks in the year, and 52 years in the Totonac solar cycle. 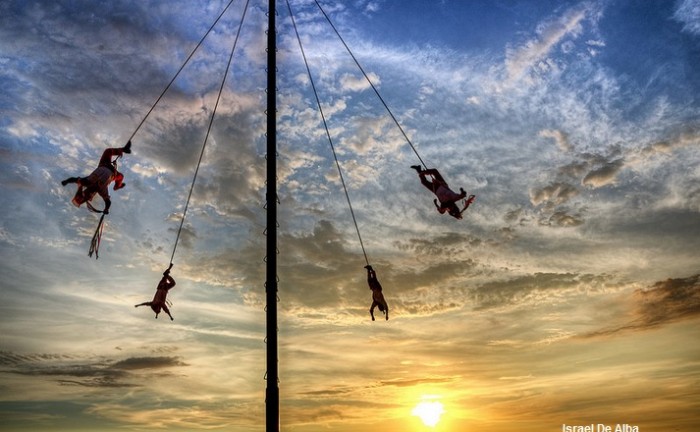