Among the most popular Mexican drinks worldwide are tequila and mezcal, but we have a large list of drinks —mostly of pre-Hispanic origin and without alcohol— that are delicious and traditional of some regions. Shall we start the tour?

A traditional drink from Guanajuato is prepared with barley but it is not a fermented drink so its popularity is big at downtown public parks. Cebadina has a peculiar reddish color and a very refreshing flavor which is because of the use of hibiscus. Some also add a pinch of baking soda for an effervescent effect, ideal as a digestive, anti-inflammatory, detoxifying, and diuretic.

It is an alcoholic beverage made from the fermented sap of the agave plant. An ancestral drink that has transcended through the time. It has a long fermentation process and it is a classic Mexican culture due to the honorable recognition of people who are dedicated to the art of pulqueria. The natural flavor of pulque is intense and when adding some other flavor such as strawberry, pine nut, guava, and more, it is known as pulque curado or flavored pulque.

A refreshing drink with the unique Veracruz-style, traditionally, its sweet peanut and milk flavor is accompanied by cane liquor, which enhances the flavors and adds a very special taste. It is popularly made with peanuts, but Torito drinks can also be found in other flavors such as mango, mint, coffee, coconut, strawberry, or chocolate.

A drink originated in the ancient Mayan era for some sacred rituals, they inherited this traditional drink that purifies spirit and body. Balché is a nectar that is obtained from a tree with the same name, its bark is boiled and fermented with some other ingredients that add a unique sweet flavor as anise and cinnamon.

It is an infusion of different flavors: nance, chamomile, anise, and lemon tea, besides, cane distillate mix perfectly with all those aromas. Typical of the center of the country, where it is prepared on special festivities but there are some different recipes, for example in Puebla is made with capulin cherry instead of nance.

It is a drink with cocoa from the Isthmus of Tehuantepec, Oaxaca. Its name is from the Zapotec bu’pu, which means “foam” and it is exactly its main characteristic, because of the ingredients in it: white atole, cocoa, panela, and plumeria flowers, which add a peculiar texture to the drink. It is served in a gourd bowl, first the white atole, and then the foam that is obtained from the grinding of the other ingredients. Its flavor is sweet and bitter, an exquisite drink!

Also known as “colonche” or “nochol”, it is prepared with the pulp of the cactus fruit (prickly pear), specifically the red one which gives it that reddish color. It is mainly consumed in San Luis Potosí and Zacatecas. Its texture is effervescent and sweet flavor are perfect for a summer day.

Its name is derived from Nahuatl chiliatl and means “chili water”, curiously none of its ingredients is that spicy element. It is made with cocoa, cinnamon, rice, and piloncillo which gives it a very special sweetness, perfect to drink it cold. Also, it has a peculiar way to be served, since it is poured into the glass from a height of approximately 50 centimeters to make a light foam on top.

With Purepecha origin, its literal meaning is “atole” —which is a drink prepared from corn or wheat— and it is very popular in Michoacán with countless presentations, the main ones are:

Popular drink from Tabasco, in pre-Hispanic age it was called pochotl and it was consumed by indigenous travelers since it mitigated hunger thanks to its ingredients: corn and cocoa. After the arrival of the Spaniards, the name changed to pozol and since then it has also been known as “the edible drink” because you have to chew the residues of corn and cocoa settle in the bottom of the gourd bowl so, the flavors will be perfectly mixed on your palate.

Also known as the “love drink”, it is native of Chiapas and before the Spanish colonization, it was only made with toasted corn, chocolate, and chili, but with the arrival of new ingredients, pine nuts, sugar, and cinnamon were added. The ingredients are toasted and grounded to a reddish powder, which gets dissolve with water or milk to enjoy a cool drink. Despite the ingredients, its flavor is very light.

Originating in Oaxaca, this pre-Hispanic drink was consumed by the Zapotec kings in planting and harvesting ceremonies, and that’s why it is also known as the “drink of the Gods”. Its ingredients are corn, mamey bone, and rosita de cacao which is a flower with sweet aroma and flavor from a native Mexican tree. After being toasted and grounded, the paste is dissolved with water and beaten with the hands for 1 hour to obtain a thick foam.

From the Nahuatl tecuin, which means “heartbeat”, is a fermented corn drink that is prepared in the north and west of the country. It is a refreshing corn “beer” which due to its low fermentation rate is not considered an alcoholic beverage. Its sweet and sour flavor is very well accompanied by lime juice or sorbet.

Similar to tejuino, it is a fermented drink but with pineapple. This is the basis of a fresh and sweet drink that is consumed in almost all the country, and the peculiar thing is that each region prepares its own. For example, in Hidalgo and Puebla, pulque, piloncillo honey, and anise are added; in the State of Mexico and Mexico City the flavor of cloves and pepper are included; or in Michoacan, it is prepared with tamarind, banana peels, corn, and piloncillo. Interesting, isn’t it?

Originally from Colima and popular in various regions of Guerrero and Jalisco, it is a drink that comes from coconut palm and only experts are allowed to extract this delicious liquid from the tree since it is obtained from the branch where the tree’s flowers are bloomed. The expert climbs all over the trunk to reach that branch cut a bit of it and let the drops fall to recollect the water. Naturally, its flavor is bitter and color off-white, but it is usually prepared with hibiscus, apple, peanuts, and walnuts that balance its taste. It is very common to see many people who sell this delicious beverage at the beach, for example in Puerto Vallarta is so typical!

Now you are ready for a drinking tour through Mexico! 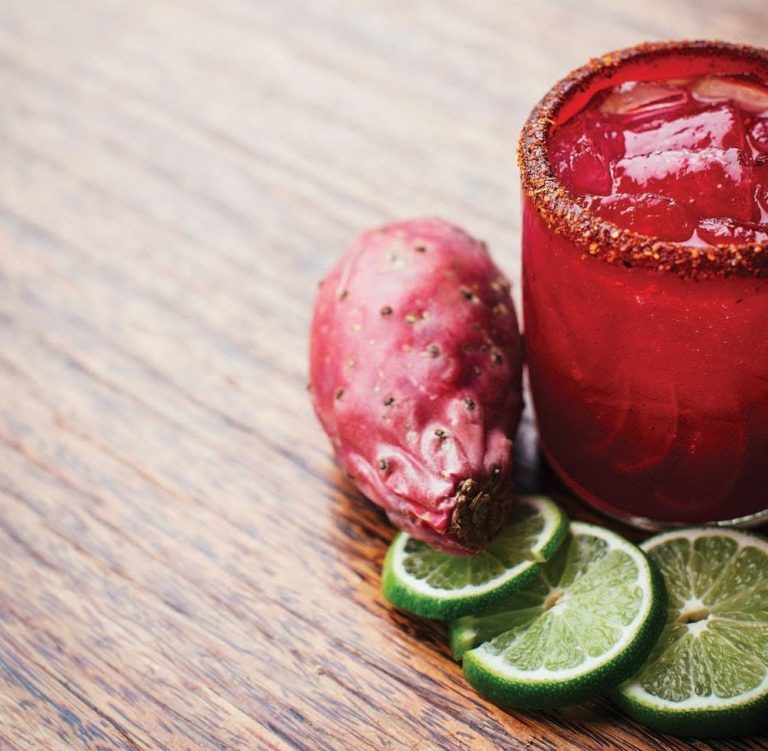