Gastronomy, Things to do

We’ve picked 5 BBQ styles for you

There are infinite ways to prepare the famous BBQ around the world; so much so that we could have a dedicated section to talk about the topic.

Every country has its own cooking practices and know-how, and there is no continent on Earth that can resist the smokey, delicious flavors infused by wood, fire, embers or underground ovens.

Most vineyards of the Iberian Peninsula welcome visitors with a small feast of traditional bites and products from the region prepared by the winemakers themselves. In Segovia for example, which is one of the most important livestock regions in the country, visitors are received with chops of suckling lamb, sausage and blood sausage cooked at the heat of embers of vine shoots.

Having been a Spanish colony, this country shares many roots with Mexico, and customs may be pretty similar. One of the dishes we share is the Baboy pig, or roast pork, cooked over charcoal for at least 3 hours until the skin is crispy on the outside, allowing the meat to cook inside slowly resulting in a mosty, soft meat.

Crispy Pork Lechon with lemongrass sarsa and pickled papaya from @MaamSirLA. Can you really go wrong with crispy pork? Lechon is one of my favorite eats so I’m glad I have another spot to get it.?

In South Africa the grilled dishes or “braai” represent one of the few aspects that have managed to permeate in all races and social classes. Braais are held in great esteem, and sitting around the fire to eat the delights that come out of the host’s grill is a tradition, not a mere foodie treat. They can be organized at any time of the day, at any time of the year -even in rainy seasons in interior patios or roofs.

The so-called kings of the grill shine with their BBQ’s taking place all over the United States, leading the plateau of styles: North Carolina, South Carolina, Kansas, Memphis and Texas, which have set the standards in barbecues for the entire country. One of our favorites is the pulled pork either steaming over the dish, or in a stupendous sandwich. This dish is sure to delight your meat craving.

From cabrito in the north, to traditional underground cooked barbacoa in Central Mexico, to Poc chuc in Yucatan, BBQ options are endless. On the other hand, modern Mexican culinary traditions have carnes asadas held in many backyards to celebrate friendship and family, and as a nice way to spend a Sunday at home. Recipes of marinades are as vast as the number of chefs out there, but we share one of our favorites from star chef Guillermo Carmona’s cookbook. –He has even established his own Grill Academy sessions in Velas Vallarta (take a look at the video below!):

Mix all the ingredients in a blender until a homogeneous texture is attained. Leave in the fridge for 1 hour before marinating the meat. Leave the meat in the marinade for 45 min.

Start testing your BBQ abilities and try this recipe in your own grill. We do believe best BBQ’s are those organized with good friends and cold beer. Enjoy! 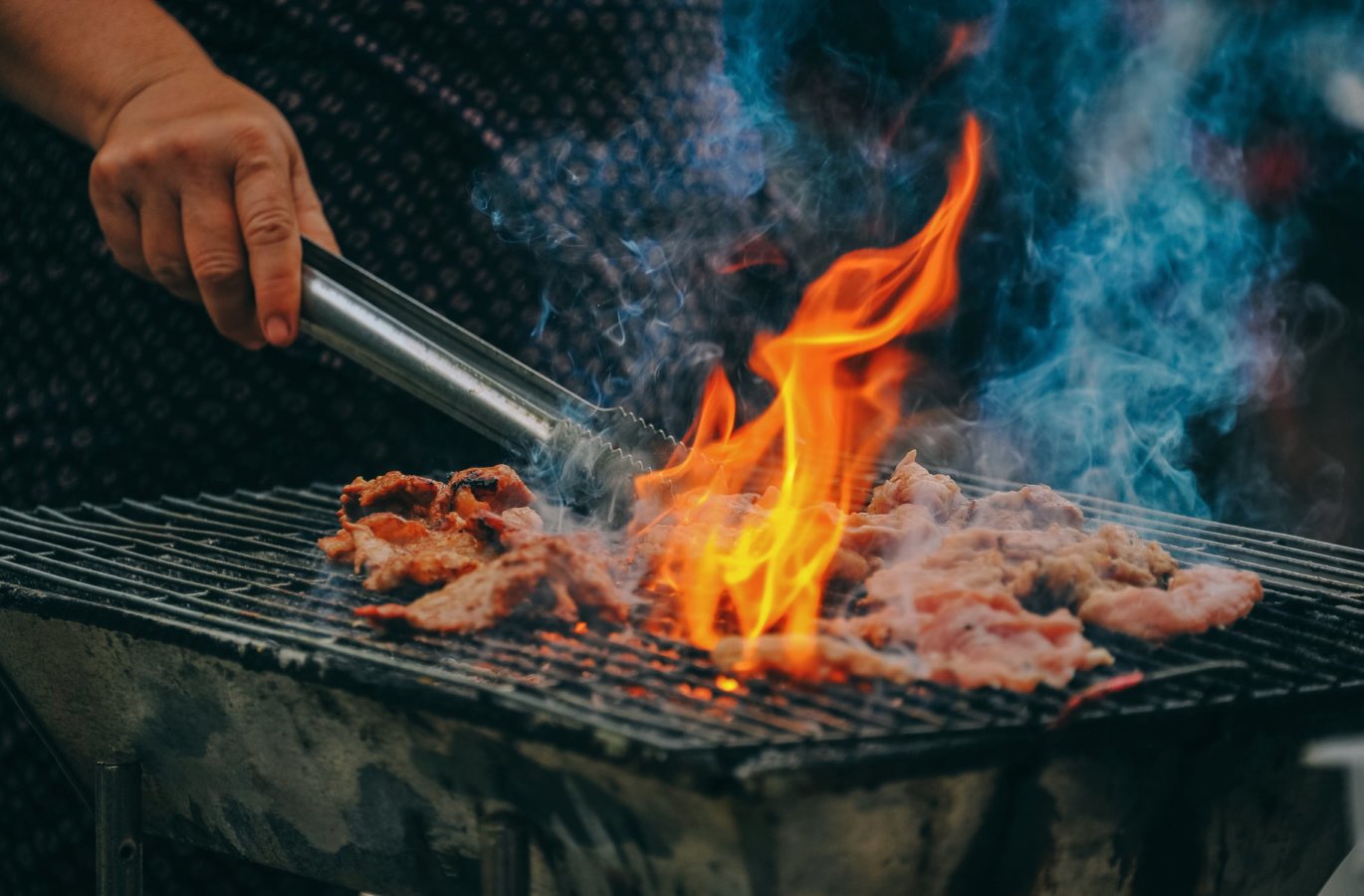