Colors, festivities, celebrations and gastronomic delights are four factors that are always present in Mexican traditions, and the most endearing season of the year, winter holidays, are not the exception.

Posadas are part of Catholic traditions that celebrate the Christmas season from December 16th to December 24th to fulfill nine days, each one destined to remember a value: Humility, strength, detachment, charity, trust, justice, purity, joy and generosity.

During nine days, a pilgrimage is organized at sunset, heading to the house where the participants will ask for a shelter (posada in Spanish), remembering the journey of Joseph and the Virgin Mary from Nazareth on the way to Bethlehem and the birth of Jesus of Nazareth.

The pilgrimage is accompanied by popular songs and prayers, candles and sparklers. Upon arriving at the house that offers them a posada, the hosts treat the newcomers with punch, sugar canes, donuts or tamales and a basket with sweets and peanuts, called colación. At the end of the evening, the traditional seven-peaked piñata is broken.

Origin of the posadas

In Mexico, this tradition dates back to colonial times, as a result of the syncretism of Catholic Christmas and the Aztec Panquetzaliztli, which celebrated the advent of Huitzilopochtli —god of war— from December 16th to 24th.

The image of the Aztec god was replaced by that of Mary and Joseph and the tradition of nine Christmas masses was established, which were proposed by the Augustinian friar Diego Soria to Pope Sixtus V, who granted the indulgence to facilitate the evangelization work.

During the masses, the friars performed representations of the pilgrimage of Joseph and the Virgin Mary on their departure from Nazareth, and little by little these representations gave rise to the nine posadas.

What does the piñata with seven spikes represent?

The colorful piñatas with seven spikes, in addition to being a beautiful decorative motif, is loaded with meaning: It is made with bright colors and tinsel that seduce the soul to sin. Its seven peaks symbolize the seven deadly sins: anger, lust, pride, envy, greed, laziness and gluttony.

The person who hits the piñata is blindfolded, alluding to the fact that it is faith that can defeat sin.

When broken, fruits such as mandarins and jicamas, come out from the piñata to represent the goodness of God for having overcome temptation.

Among the Holiday celebrations designed by Velas Resorts, you will find posadas in their program, so if you have a visit to these resorts and hotels planned, be sure to take part in these lively fiestas. In addition, they complement the festivities with the possibility to make arrangements to be received with a Christmas tree in your suite, complementes with decorations and lights, and even gifts at the foot of the tree. Activities such as Santa’s Workshop, and the arrival of this famous character, Christmas cards and night shows for the whole family. If you want to know more, please visit their page. 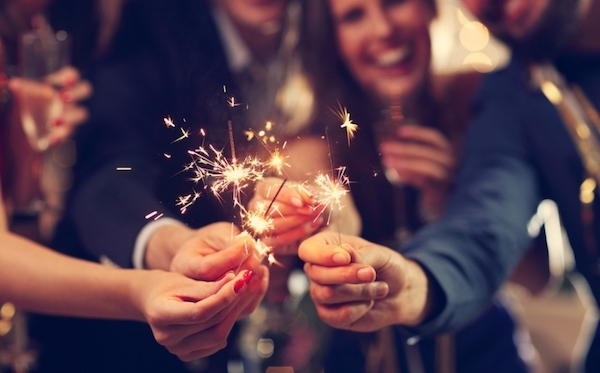