Hummingbirds and their magical Mayan legend

For their natural beauty, characteristic size, and peculiar way of flying, hummingbirds have surprised us for many years, because although today for some people they are a symbol of good luck, this spiritual meaning has changed throughout history. If we go back a bit to pre-Hispanic times in Mexico, we will find that many of the cultures of that time gave this beautiful bird a magical story.

Let’s talk specifically about the Mayan civilization, this millenary culture with an incredible worldview that is reflected in its customs, architecture, scientific developments, and even in its flavors, myths, and legends. In Mexico, the Mayan vestiges are located in the states of Campeche, Quintana Roo, Yucatán, Tabasco, and Chiapas, places with the ideal climate for hummingbirds. Well, it is estimated that there are around 47 different species, of which 13 are endemic from Mexico.

Of course, such a peculiar bird could not go unnoticed by the Mayans. The legend says that the gods gave a specific function to everything they created on Earth, from animals and trees to stones. When they finished, they realized that there was no one in charge of carrying the wishes and thoughts from one place to another.

All the resources had run out, there was no longer mud to mold a new animal, nor corn to make it grow, so they took a jade stone, carved a small arrow, and with a little wind caused by the sigh of one of the gods, it began to fly. This is how they gave life to the x ts’unu’um, known as the hummingbird.

Its fragile and colorful feathers make it so light that it manages to approach the flowers without moving any petals, this surprised the Mayans, so much that they even wanted to catch it to use its plumage as an ornament, however, the gods warned them that whoever captured a hummingbird would be punished, and explained to them that the mission of this beautiful bird is to send good wishes and thoughts between humans and even to communicate with loved ones in the afterlife.

Nowadays, being able to appreciate the beauty of a hummingbird is always well received, as it means that someone sends you love and good vibes. In the same way, this legend affirms that if this bird flies over your head it is taking your energies, so, if that is the case, take a breath and send good wishes to that special someone. Isn’t that lovely? 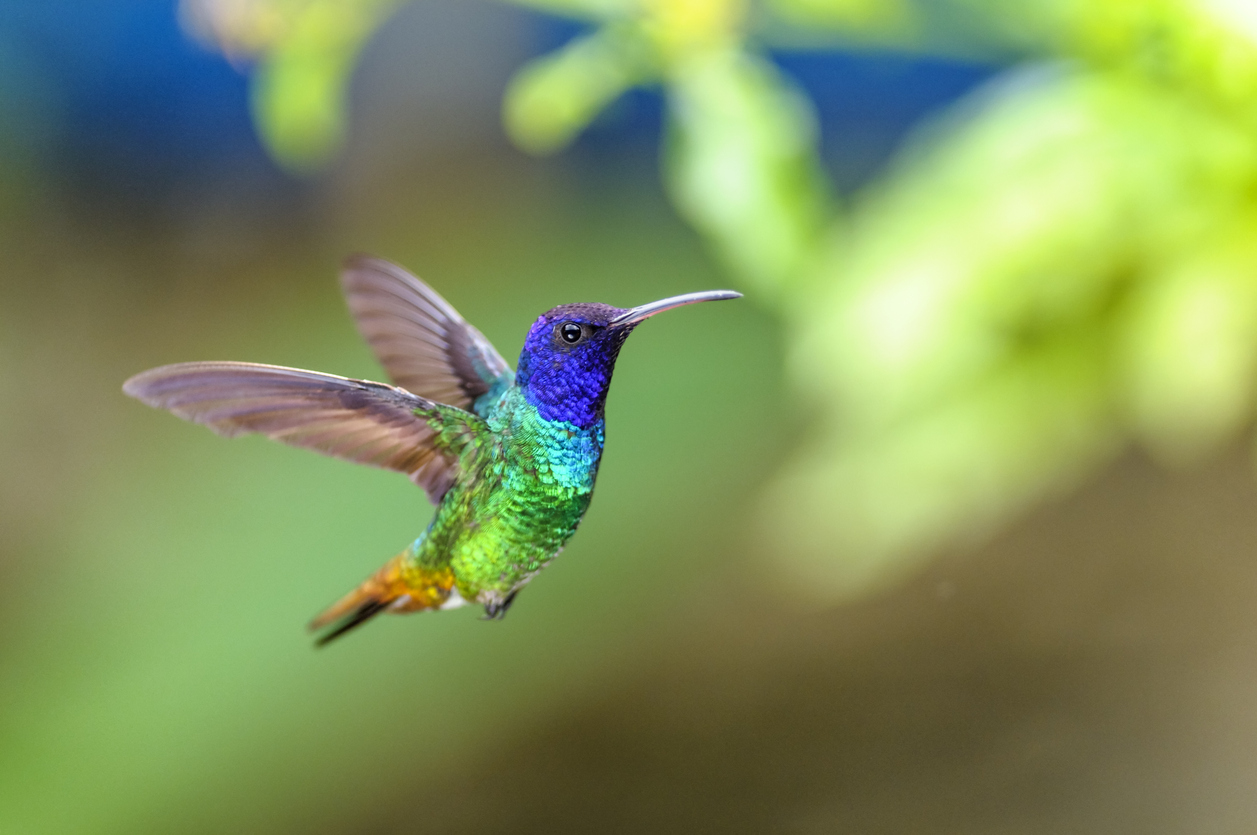