November 20th, 2021, the date when Mexico celebrates the 111th Anniversary of the Revolution, we want to invite you to discover the tourist destinations that intertwine stories of the revolutionary era. We found an interesting way to celebrate proposing a travel agenda that includes 5 places that played an important role in this historical event. Please enjoy!

Numerous events took place in the capital of the country that defined the Mexican Revolution. Among the outstanding sites is the Monument to the Revolution, which was designed by Porfirio Díaz to become the new Congress building. Its interior is enabled as a museum.

The Palace of Lecumberri was founded on September 29, 1900, during the dictator Porfirio Díaz’ regime. This building served as the most important prison in the country for decades, and it is here that Francisco I. Madero and José María Pino Suárez were shot for treason. Currently, it works as the General Archive of the Nation, where historical documents of the country are housed. You can take a free guided tour of the place on Thursdays at noon.

La Opera Bar in downtown Mexico City is another iconic place you have to include in your itinerary, as it preserves bullet holes that Francisco Villa himself fired into the ceiling of the place he used to visit quite often as Villa enjoyed spending the night out in the Historic Center. This bar located on 5 de Mayo street, offers delicacies such as Escargots in chipotle sauce or Chamorro a la gallega (Galicia-styled beef shanks).

Visit the Ferrocarrileros Museum, where you can learn about the fascinating history and development of trains as means of transport, which, although it is almost extinct at the moment, in times of the Revolution was decisive for the development of the country, and continues to being an icon of said armed struggle.

Cradle of the heroic personality Emiliano Zapata and the movement that bears his name, in this state you can find interesting destinations for all tastes.

Visit Tlaltizapán and the fantastic Lake of Tequesquitengo or the Amacuzac River, which are ideal places if you like water sports such as skiing, sailing, and rafting.

Very close to this municipality you will find the Hacienda de Chinameca, the place where Zapata was ambushed and killed. It currently houses the National Museum of Agrarianism, where pictographic documents about the Mexican countryside are displayed since the 16th century.

A few kilometers from the hacienda is located the town of Anenecuilco, the birthplace of the Caudillo del Sur, as Zapata is known, where you can visit the Casa Museo erected in his honor and admire the mural of the Zapatista movement painted by Roberto Rodríguez Navarro in 1990.

The port of Veracruz is of great historical importance because due to its geographical location it has served as the entry and exit of ships.

The famous Café La Parroquia was the last place that Porfirio Díaz visited after his defeat during the Mexican Revolution, and the starting point for his exile from the country. It is an obligatory and traditional stop during your visit to the port to try its exquisite coffee – ideal to mitigate the heat, however paradoxical it may seem – and its typical food.

Taking advantage of your visit, head to the Fort of San Juan de Ulúa, which was built in 1535 to protect the colonial fleets, and later converted into a prison. Currently, it opens its doors to take a tour of its archaeological museum.

One of the many states that fight for the title of Cradle of the Revolution is Puebla. It was here where the Serdán brothers led the revolt commanded by Francisco I. Madero, and which ended with the tragic murder of the entire Serdán Alatriste family, whose house is today the Regional Museum of the Mexican Revolution and still preserves the furniture of the time, in addition to the bullet holes of the police officers on its facade.

North of the state, you will find the Magic Town Xicotepec, there you can visit the Casa Carranza Museum, where the viscera of the revolutionary are exhibited along with his clothes and personal objects.

It is also mandatory to make a stop in Tlaxcalantongo, the town where Venustiano Carranza was murdered, there you will find the Barbas de Carranza Waterfalls where you can spend a day camping or practicing rappelling and rafting.

Although no major battles were held in this state, it did have a great impact on the development of its events.

The so-called “Yucatecan green gold” or henequen, was a product that endowed this state with great economic power during the Porfirian dictatorship, which is why its farms became a source of discontent among peasants and the cradle of the Socialist Workers Party.

You can take the Henequén Route and visit the most important farms where this plant was exploited, in the towns of Mixupip, Tekantación, Motul, and Sotuta de Peón, which offer guided tours from Monday to Saturday.

In addition to learning about the history of the haciendas, take advantage of your visit to take a dip in the Dzul-Há and Sambulá cenotes. 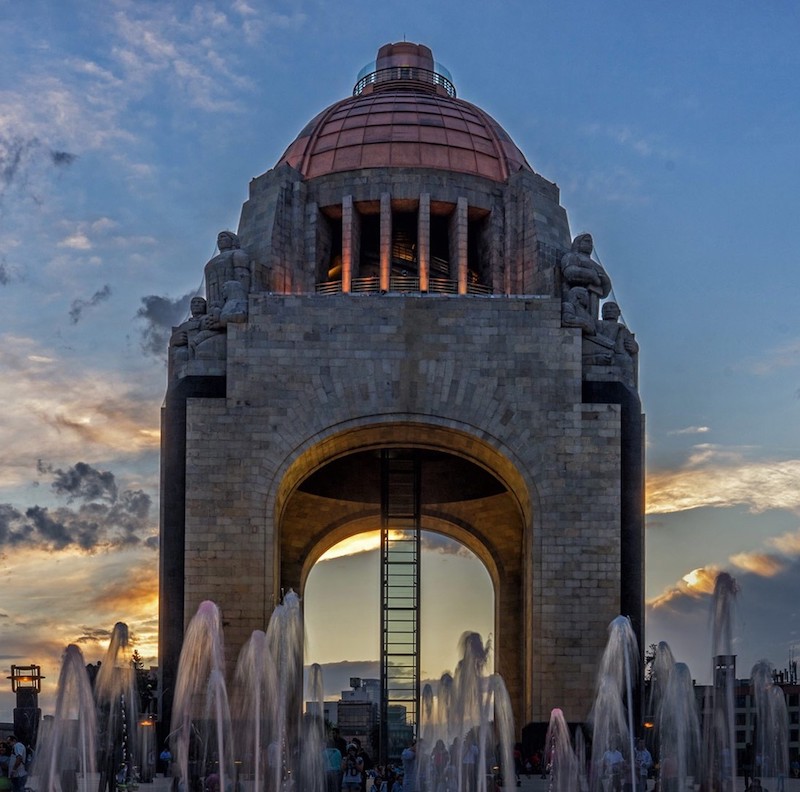